skip to main | skip to sidebar

A very dark photo that Craig took of the halter class. The indoor arena is really dark, and we were a long way away from the door (which has a little bit of light), so the halter photos didn't turn out all that well. 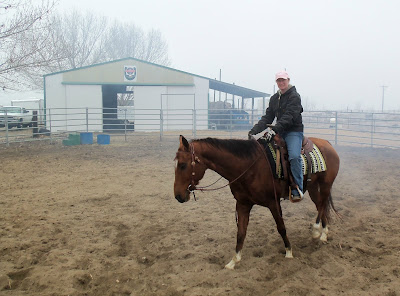 Warming up for the riding classes. It was a very cold day and foggy outside, but luckily there was a nice big round-pen available outdoors to practice in before heading into the indoor arena. Tommy was a real squirrel when we first got to the show, so I kept working on him consistantly throughout the day. It was a mixture of nerves and some juvenile green horse antics on his part. But he got the picture pretty quickly after about the 100th lap - that we were there to get to work. 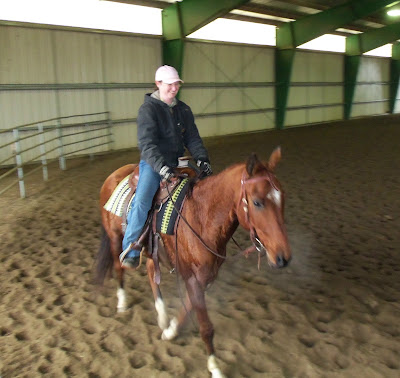 He sported his new green saddle pad at the show. I purchased it for him last fall, but hadn't gotten a chance to use it yet. You can see by his breath how cold it was.... I'm hoping that at the next show it won't be quite so chilly. 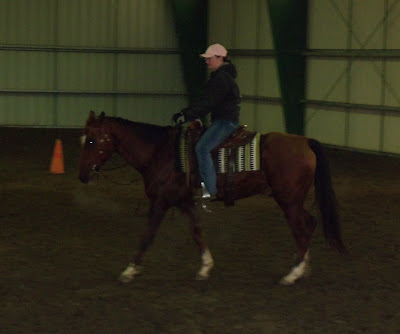 We did the green horse walk/trot classes and he did really well. His lope is still a little bit too fast for advancing yet, so we opted not to do the western pleasure open classes. He performed very well under saddle today in a relaxed manner, so I didn't want to over-do it by pushing him even more. He was pretty tired by the time we left too. So the next show we'll give some more of the advanced classes a try. 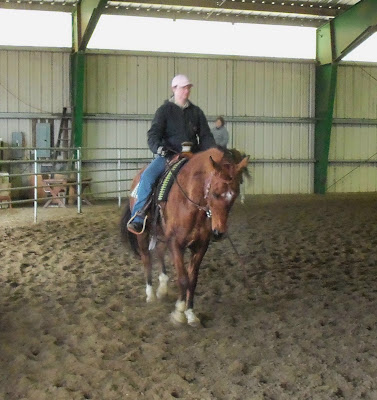 He's learning how to hold a slow jog and stay collected up. He did really well, but the judge said that he would've liked to seen his hind-end pushed up underneath of him more. I told him, "thank you, and I'll work on it." The QH's and Paints that were in our classes were kind-of naturally gifted in that department conformationally - so Tommy and I will have to work extra hard to achieve that effect. It's not easy for him, since he has a longer back and frame, but we'll work on it and eventually get it down. 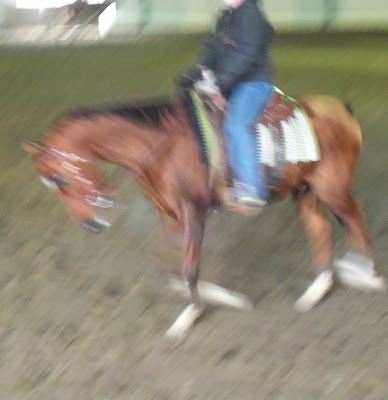 An abstract funky blurred shot that Craig snapped of us at the trot. The camera was obviously on a different setting at that moment....

The nice thing about a schooling show is that the judge will tell you what you need to work on, which is good. I always like to hear constructive critisism and find out what I can improve upon for the next time. You can bearly see us at the end of the line down by where the judge is standing. 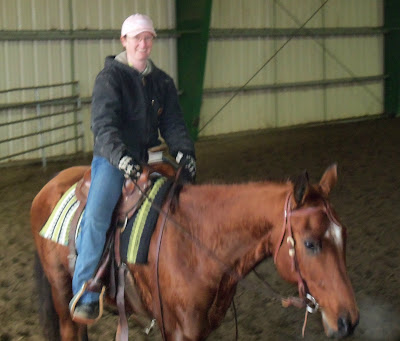 It was a good day. Good enough for a few grins....

Posted by Shannon Mayfield at 7:33 PM